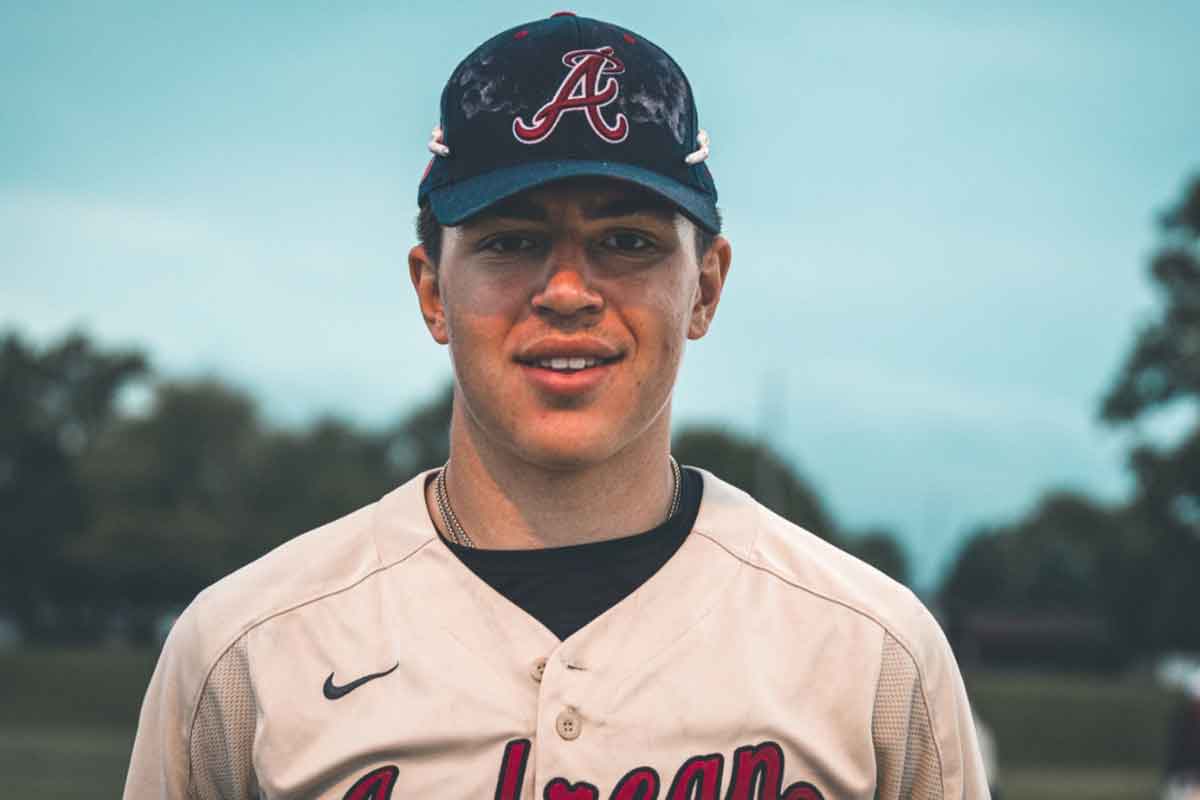 At Notre Dame, it’s rare to find dual-sport athletes and even more rare to see that designation for football and baseball players. Only a small group of Fighting Irish fit that title.

In addition to a special combination of physical tools, it requires an unwavering commitment to football and academics, while also grinding out 50 or more college baseball games each spring.

In a few years, a new name is positioned to join this esteemed list: 2023 Andrean (Ind.) inside linebacker and infielder Drayk Bowen‍, who’s committed to Notre Dame for football and baseball.

On the gridiron, Irish Sports Daily’s Jamie Uyeyama views Bowen as a foundational inclusion to the 2023 Notre Dame class. He’s an athletic playmaker, who flies around with violence and bears the physical traits necessary to thrive in coverage and pressure the quarterback.

As a linebacker, he’s a bona fide top-100 prospect and the most sought-after Indiana prep player in his class.

On the diamond, Bowen is still coveted by college programs nationwide, only his rating as a prospect is in a tier below.

Prep Baseball Report Indiana, an independent amateur baseball scouting service, ranks him as Indiana’s No. 8 player in the class of 2023 and the second-best shortstop. Perfect Game USA, a national scouting service, views Bowen as the No. 343 overall prospect.

Only the Notre Dame baseball staff, as well as independent talent evaluators, see beyond his recruiting rankings. To them, Bowen is an elite athlete with a mature disposition and the potential to exceed expectations down the road.

“If he just focused on baseball, he’d have just as bright of a future, in my opinion, as he does on the football field,” said Phil Wade, the executive director of PBR Indiana.

A significant portion of Bowen’s finite time is devoted to football and maintaining his 4.13 GPA.

Yet he still puts in the effort to refine his swing and fielding mechanics throughout the year. In the spring and summer, he also plays roughly 70 combined baseball games with Andrean’s high school team, one of the top programs in the state, and the Indiana Bulls.

The Bulls are a travel baseball organization that has produced 187 MLB draft picks in the last 30 years. Bowen’s 16U team this past summer consisted of several national baseball recruits, including two top-100 prospects from the 2023 class in outfielders Max Clark (Vanderbilt commit) and Andrew Wiggins (Indiana commit). Clark projects as a top 10 overall pick in the 2023 MLB Draft, and depending on the scouting service, ranks as the No. 1 or No. 2 overall prospects in the class.

Despite playing alongside so much talent, Bowen still stood out. Over the course of more than 40 games as the Bulls’ starting shortstop, he finished among the top two or three players in hits, RBIs and runs scored. He led the team with 28 stolen bases.

He accomplished all this and still kept football as a priority throughout the summer.

“His work ethic is phenomenal,” said Ryan Berryman, who coaches Bowen for the Bulls. “The fact that he could perform at such a high level every day while going through the grind of football and baseball, it’s just amazing. That speaks to how driven he is as an athlete.

“He’s got the components to keep it together as a two-way guy at the next level.”

Beyond time management skills — and highly committed parents — Bowen appears to have a unique ability to stay focused on the task at hand.

“We obviously have a lot of talent and a lot of professionals that come through our organization,” Berryman said. “But [Bowen’s] ability to just lock in and compete is at a different level than other guys.”

Bowen is 6-foot-2 with a 220-pound frame, and he moves with suddenness and agility often restricted to much smaller athletes. Combine those traits with his aforementioned violent playing style, and he’s the most imposing figure any time he steps onto an Indiana high school football field.

But for as special as his athleticism is in football, it’s less common on the diamond.

“You don’t see that type of athlete often in baseball,” said Andrean head baseball coach Dave Pishkur, who was recently named one of the top-100 high school coaches in the country across all sports.

What’s more impressive is the rate at which he continues to develop. Since entering high school, he hasn’t just increased his size and strength in the weight room but also his speed and swiftness.

His speed tracks well compared to other top prep prospects from Indiana. In 2018, Roncalli (Ind.) outfielder Nicholas Schnell was the top-ranked player in the state and a late first-round MLB Draft pick by the Tampa Bay Rays. Projecting as a center fielder in the pros, the 6-foot-2 Schnell ran a 6.59 60-yard dash. He was listed at 180 pounds.

There are five main tools that baseball prospects are evaluated on: speed, power, hitting for average, fielding and arm strength.

Given his size, strength and quick hands, Bowen also projects as a power hitter at the next level. After a few years in South Bend, it’s easy to see him belting double-digit home runs in a season and slugging better than .600.

Only this projection is purely based on his physical traits rather than on-the-field production.

During his sophomore high school baseball season with Andrean, Bowen hit .400 but only produced a handful of extra-base hits and one home run in 28 games. With the Bulls, his production saw a slight uptick against tougher competition. He hit 12 extra-base hits, including two home runs.

“There’s way more out there than what he showed [last] year,” Pishkur said. “I’m not saying it’s going to happen, but he could jump from one homer to 10 or 15 home runs this year. He’s got the body to do that.”

Bowen’s arm is also a bit of a concern.

This past summer, he topped out at 86 mph. Even in high school, prospective shortstops committed to top programs often max out in the high 80s or low 90s.

“His arm strength in the infield is his average to just above average,” Berryman said. “He doesn’t have a cannon getting the ball across the diamond. It’s effective and efficient, but if he’s going to play on the left side of the infield down the road, his arm strength has got to improve.”

Even if Bowen never achieves elite velocity, he’s still capable of thriving at other defensive positions.

“If he’s any other [position player] on the field, he’s fine,” Wade said. “Nobody’s even questioning that 86.”

After infield, the obvious position choice is outfield, where Bowen’s speed, agility and instincts are all assets. Plus, it’s easier to manage the position requirements of a college outfielder, especially while also navigating a fall football season and 15 spring practices.

Bowen will primarily play center field at Andrean this spring. It’s where Pishkur believes Bowen is best suited to play in college, and he’s not alone in this assessment.

“If I were to put money on it, that’s where he ends up,” Wade said. “But I wouldn’t put it past Drayk to prove everybody wrong and stay on the left side of the dirt.”

Irish head baseball coach Link Jarrett emphasizes defense more than most college baseball coaches, with Notre Dame finishing No. 5 overall in team fielding percentage in 2021. Yet it’s offensive abilities that often get most college position players on the field. If Bowen can hit, the coaches will find a spot on the field for him. It’s that simple.

He has the tools and intangibles to become a special ballplayer in South Bend, and it’s not just Fighting Irish coaches and fans who are anticipating his development over the next four or five years.

“Major League scouts are aware of him,” said Berryman, who’s also an associate scout with the New York Yankees. “They understand that he’s a football player first at this point. But I can tell you from talking to them, there’s an excitement about what he could possibly do as a baseball player down the road. It’s just when is that going to be? What will that look like?

“Obviously, football is the focus for him, as it should be in his situation, but never say never when it comes to where he could be down the road.”