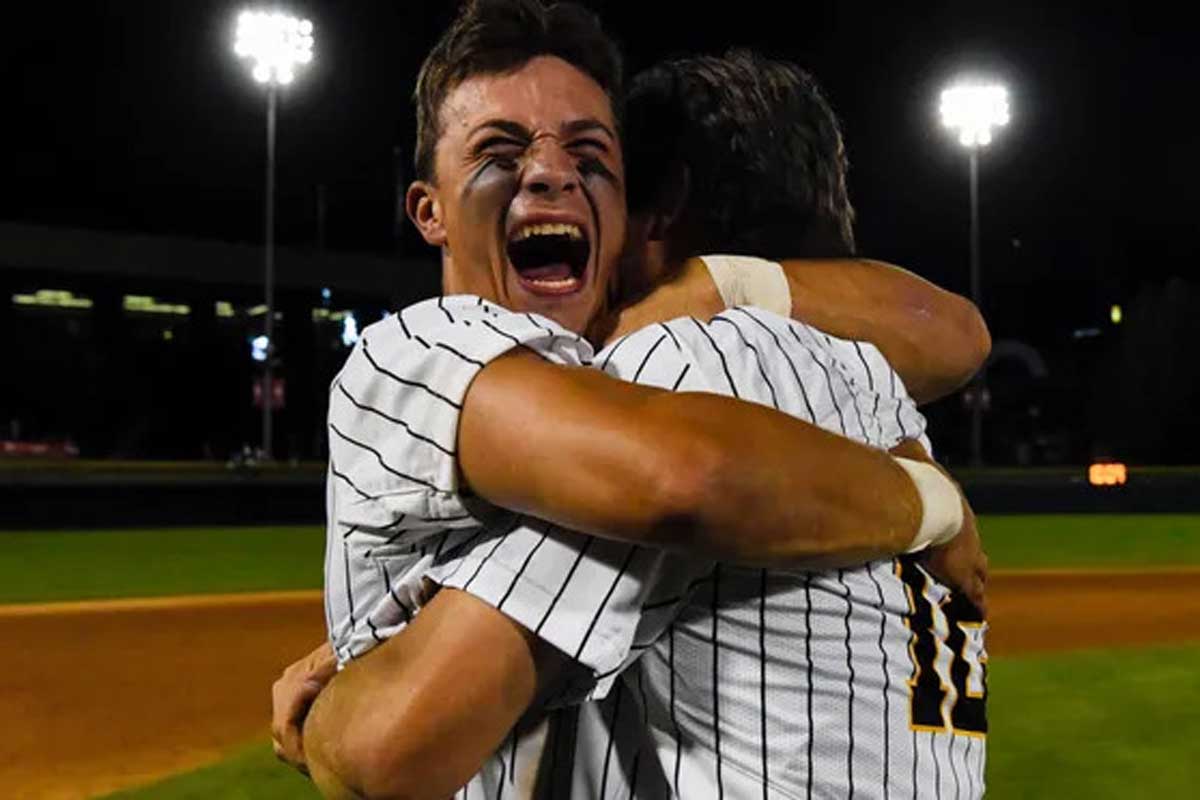 JASPER, Ind. — Connor Foley has always been a fan of the cream and crimson.

For as long as he can remember, the Jasper senior has supported Indiana University athletics. It didn’t matter the sport. If the Hoosiers were playing a game, Foley was likely following along in some fashion.

But he didn’t always want to just be a spectator. He envisioned himself playing a sport in Bloomington with “Indiana” across his chest. Soon, that dream will be coming true.

Foley announced his commitment to play college baseball at Indiana University with a tweet on Labor Day. While it was a decision that required some thought, he always felt deep down this was the right move.

“I’ve been a fan my whole life and I’ve wanted to go there since I was little. I’ve always been cheering them on,” Foley said in an interview with the Courier & Press. “Their program has always been a good one. I have faith in coach (Jeff) Mercer and the staff to get me to the next level.” 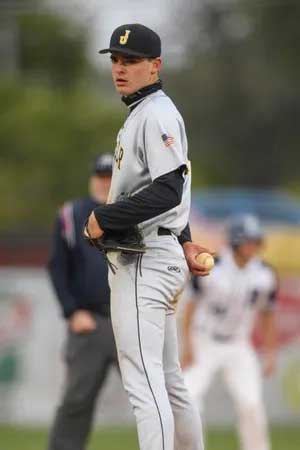 Jasper’s Connor Foley (24) prepares to throw a pitch against the Reitz Panthers during the seventh inning at Bosse Field in Evansville, Ind., Tuesday, April 20, 2021. The Wildcats defeated the Panthers 5-4 in seven innings.

Jasper baseball has been sort of a pipeline to IU with players such as Cal Krueger and Spencer Sapp suiting up for the Hoosiers. Wildcats legend Scott Rolen is currently on the Indiana staff as director of player development.

The towering Foley, listed at 6-foot-5, hit .370 for the Class 4A state champion Wildcats last season and was a power threat with eight home runs and 37 RBI. He also saw action on the mound as a right-hander with a 5-1 record and 2.02 ERA in 38 innings pitched.

In the discussions he’s had with IU head coach Jeff Mercer, Foley says they anticipate using him as a pitcher at the college level. However, he says he’ll also get a chance to showcase his hitting and defensive abilities.

“They’re going to give me a chance to play both ways,” Foley said. “I have to get better at both … but I think the majority of my time will be spent with the pitching staff.”

Baseball isn’t the only sport that Indiana coaches showed interest in Foley for. He had a visit with the IU football team this summer. While he hasn’t received an official offer from the Hoosiers on the gridiron, it’s not something he’s fully shutting the door on. 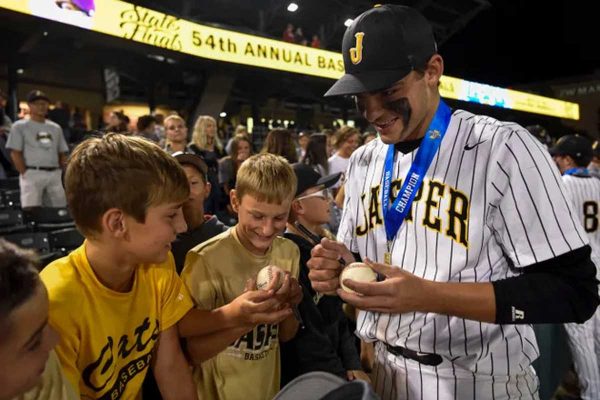 Jasper’s Connor Foley (24) signs game balls for young Wildcats fans after the IHSAA Class 4A state championship against the Fishers Tigers at Victory Field in Indianapolis, Ind., Tuesday, June 22, 2021. The Wildcats defeated the Tigers 3-1 to win the 2021 4A state title, the program’s sixth title and first since 2006.

But while he loves football and basketball, baseball has always been his favorite. It’s also where he feels he can have the most success moving forward.

“It’s pretty much what I’ve been best at my whole life I feel like,” Foley said. “If I’m trying to be the best player in a sport that I can be, it’s baseball. It’s always been my favorite and what I’ve been passionate in.”

Foley is currently playing tight end for the Wildcats and had three catches for 112 yards and three touchdowns in their Week 2 win at Harrison. He’s also expecting to suit up for the basketball team again this year.

He says the experience playing different sports helps tremendouslyin baseball. It’s been a way for him to stay fresh.

“You get stronger during football season, you get smarter by paying attention to detail. It really helps in a lot of different ways,” Foley said. “It’s good to be a multisport guy.”

While he says he wants to continue to improve in a variety of ways, he wants to put his emphasis on fielding this season. He says he made too many errors for his liking as a junior and wants to trim that number down.

He’ll likely play at one of the corner infield spots for the Wildcats this season when he’s not pitching. There, he will get plenty of chances to sharpen his defense.

“Having too many errors just isn’t acceptable, especially at Jasper,” Foley said. “Coach (Terry) Gobert does a good job of harping on those little things like making routine plays. There’s always room to improve but I think I’m gonna try to get better in every aspect of the game.”