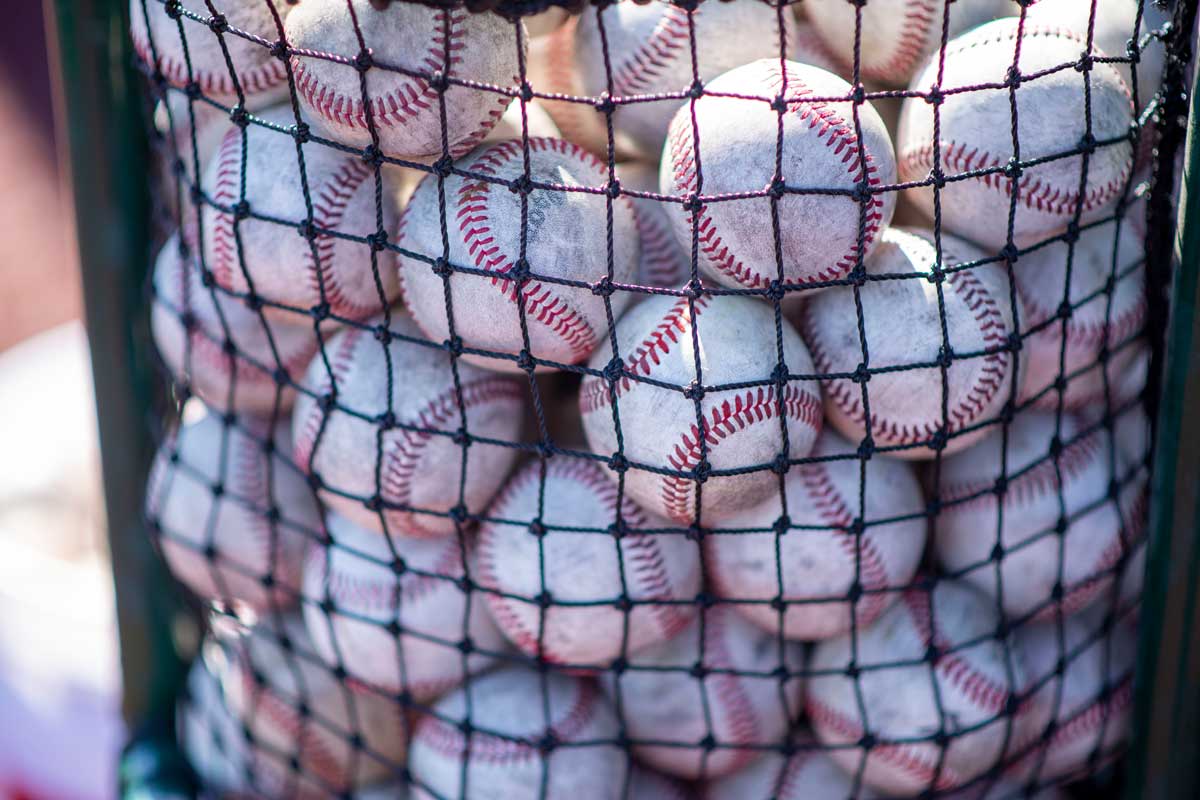 MIDDLETOWN, Ind. — Collin Osenbaugh hasn’t thrown a varsity pitch or taken a varsity at-bat, but he has already decided where he’s going to play college baseball.

Osenbaugh, a freshman at Shenandoah, committed to the University of Louisville earlier this month.

“College has definitely been the goal for me,” Osenbaugh said. “It’s pretty shocking that I could get the opportunity to commit before I even throw a pitch in high school.”

At first, Osenbaugh used the word “surprising” when describing his commitment. He backtracked to use “shocking” instead.

Because, in this case, surprising was probably not the right word to use. Osenbaugh is far ahead of the curve as a freshman. Playing on a talented 14U Indiana Bulls Black team, which also saw incoming Carmel freshman JD Stein also commit to Louisville this month, Osenbaugh is among the “elite,” head coach Mike Stein, JD’s father, said.

“I mean, he’s been throwing, has kind of a live arm and all kind of skills even back when he was younger but definitely, you know, accelerated here in the last year or two,” Stein said. “He was a standout from when he was younger as well, in my opinion. There are several kids on our Bulls Black team that are really talented but Collin is definitely at the elite end of it for sure.”

A middle infielder and pitcher, Osenbaugh has a fastball that has clocked in at 86 miles per hour and he can throw across the diamond with just as much speed.

Louisville’s coaches took notice of that when Osenbaugh went to a camp in Alabama this summer. The Cardinals have followed and stayed in touch with him ever since.
Shenandoah freshman Collin Osenbaugh committed to the University of Louisville to play baseball. 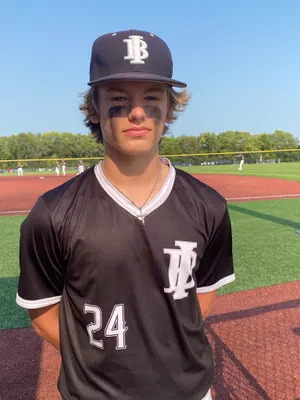 Shenandoah freshman Collin Osenbaugh committed to the University of Louisville to play baseball.

Collin, according to Darren, has also had conversations with other Division I programs. But, for Collin, Louisville checked off a lot of boxes from the proximity to home to the coaching staff, education and success of the program.

“Louisville offered me a two-way position and that’s what I’ve been going for,” Collin said. “You know, with the bigger schools, they wouldn’t offer that. Louisville was one of the best schools and they offered a two-way.”

Going into the recruiting process, Darren said Collin was looking at all levels. He didn’t care whether it was Division I, II or II, he was just looking for the right spot. Louisville just happened to an elite program that jumped to the top of the list.

Collin started playing baseball from a young age, 7 or 8, and, immediately, Darren saw his love for the game. Every chance he got, Collin would be out playing and “just having fun with it,” Darren said.

Stein has been coaching Collin for the past four years and saw his passion. Stein knew Collin would get an opportunity to play at the next level; it just came sooner rather than later.

“Collin was one of those players that just had that kind of talent and work ethic and it all came together a little earlier than most, obviously,” Stein said. “He’s a great kid, a hard worker and just a great all-around player, too, with a lot of ability. The combination of the hard work and the ability that he put in over the years, even though he’s young, he had a great start, that’s for sure. You knew there were going to be a lot of opportunities just waiting for him to grab with that kind of ability and what not.”

Now Collin, who already has at least his next eight years planned out, will begin preparation for his first high school season at Shenandoah.

When asked about his future goals, Collin didn’t talk about athletics, he only talked about his academics — keeping his GPA up, getting a good score on the SAT and getting a degree in college.

With the recruiting out of the way, now Collin will be able to focus on improving his game as he continues to grow into his frame. East Central Indiana, if they don’t already know his name, will likely learn it in a few months.

He added: “Just continue to play and have fun.”