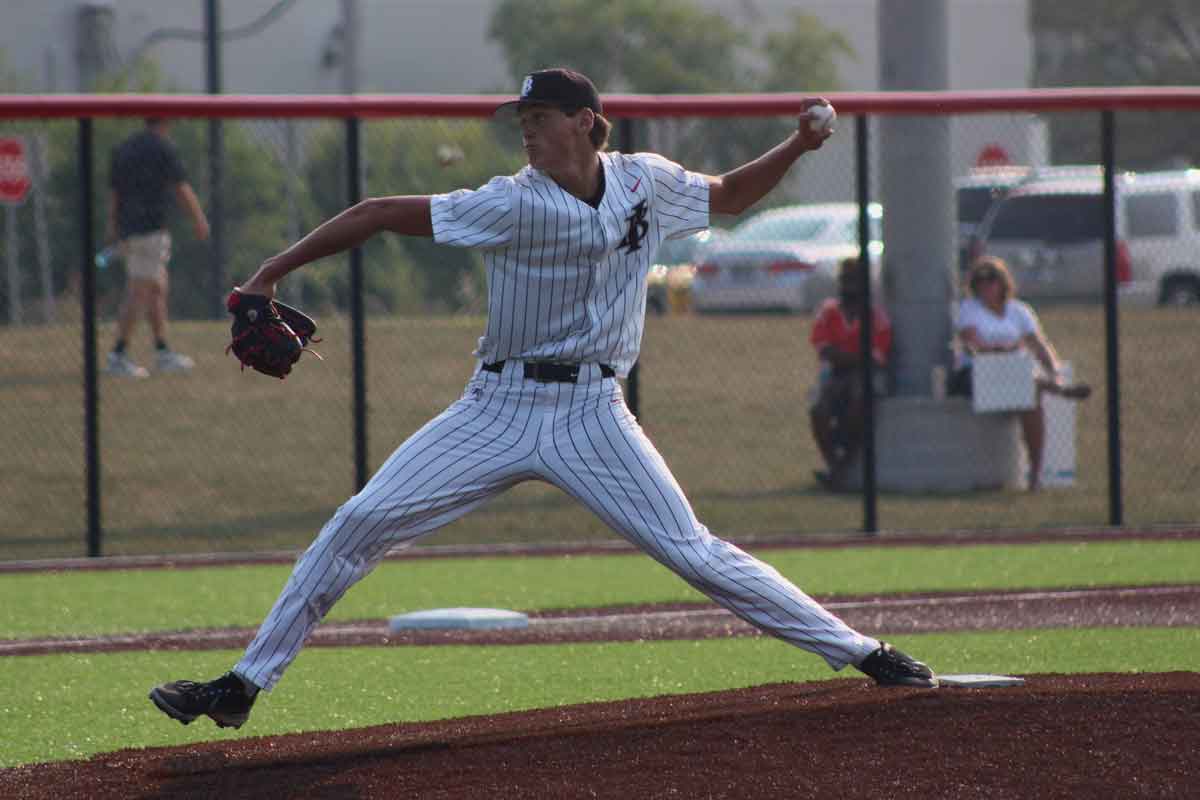 KOKOMO, Ind. (BVM) — Mitchell Dean may only be starting his junior year at Western High School, but he already has his future set, and it holds a lot of potential. In 2023, Dean will begin playing Division I college baseball for the Louisville Cardinals.

Despite offers from other high-level programs such as Alabama, Purdue, Indiana and Xavier, Dean saw Louisville as the right fit for him.

“I just talked to Coach McDonnell, Coach Williams and Coach Snider, and they were great,” Dean said. “Every time I had a call with them, I was excited to talk with them. Coach Williams is very good with the pitchers and developing them to compete in college and maybe even go further into pro ball.”

The 6-foot-7 left-handed pitcher also chose Louisville for the academic side of things, and hopes to eventually become a pilot post college. But first, developing enough at Louisville to have a chance at the major leagues is definitely on his radar. 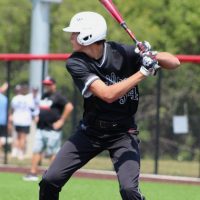 Mitchell Dean had plenty of interest and offers, but ultimately decided he will play college baseball with the Louisville Cardinals. (Photo: Mike Cianciolo)

“I’m really looking forward to Louisville,” Dean said. “I just want to have a good time and enjoy the moment because I only have four years of that. I do feel like I have what it takes to play at the next level after college. Hopefully I can use being a 6-foot-7 lefty to my advantage and just get better every single day.”

In a few years, it is quite possible two Deans are gunning for major league careers. Mitchell’s brother, Parker, is currently a senior at Western, and is also committed to play Division I college baseball at Purdue. The sky’s the limit for Parker just as it is for Mitchell, and being able to grow up in the game they love together is something each brother cherishes.

“Growing up with him [Parker], he’s always been there for me,” Mitchell said. “He pushes me, I push him. I’m very thankful in my life to have my brother.

“Hopefully once he gets to Purdue he does a very good job freshman year and hopefully I can learn from his strengths and weaknesses when he gets to college so I can be prepared once I get to Louisville.”

Mitchell and Parker both have bright futures on the diamond. But part of their talent may very well come from the family bloodlines, as their great grandfather was a former MLB player for the St. Louis Cardinals.

“He passed away when I was probably 5 years old, but I just learned he played for the Cardinals and that’s an awesome thing that someone in my family played professional baseball,” Mitchell noted. “It’s awesome just following his footsteps.”

However, since he first took the diamond at 4 years old, one of Mitchell’s greatest influences has always been his father.

“The one who introduced me to baseball was my dad,” Mitchell added. “He was my coach in tee-ball. My dad didn’t have these opportunities when he was younger so he wanted to give me and my brother the best opportunities growing up for sports.”

It didn’t take long for Mitchell to find his talent in the game when he was younger. Playing first for Kokomo UCT youth baseball and now the Indiana Bulls since he was 10, he found a home at first base, but also on the pitcher’s mound. Watching a fellow Kokomo, Indiana native — former MLB pitcher Joe Thatcher — only inspired him further.

“Joe Thatcher is actually from Indiana where I’m from,” Mitchell noted. “I always wanted to be like him. That’s why I wear No. 54 and that’s who I look up to.”

Throughout the last several years, it has been his time with the Bulls that has really helped Mitchell grow both on and off the field. This summer, he starred on the 16U black team, showing the hard work he put in during the early portion of the COVID-19 pandemic has continued to pay off.

“During the pandemic, all I did was work out and just work on pitching and hitting,” the junior said. “At 15, I started getting college looks and I knew I was doing something good, so I just have had to keep on going.

“The Bulls have done a lot for me, helped me through the recruiting process and helped me to become a better ball player and especially a better person. I’m very thankful to play for the Bulls and play with the best players in Indiana.”

One of the highlights for Mitchell this summer was getting to play with the Bulls during the GEICO Baseball City Series held in Milwaukee. In game one of pool play, the pitcher had the chance to take the mound for Indiana. Although he was roughed up a bit, he and his Bulls team would recover over the next few matchups to make it back to the championship game for the second consecutive season.

While they would lose to the Virginia Canes in a tight one-run championship game, the opportunity to play up with a team of mostly 17 year olds, as well as the incredible atmosphere of the back-and-forth nationally-televised contest, gave Mitchell a tremendous experience.

“Being 16 or 17 and having the Indiana Bulls play on ESPN, that’s amazing,” Mitchell said. “A lot of people don’t get that opportunity, it was a great experience. It was awesome being in the same hotel with your teammates and just creating bonds. I had never played with a lot of those kids because they’re older than me, so it was awesome meeting new kids.”

Next year, Mitchell will conclude his Bulls career as the 17U squad plans to shift towards a national team rather than just solely Indiana players. It’s an experience Mitchell is looking forward to, as is what is on his horizon this fall with Team Indiana.

“I’m going to face really good competition and just want to work hard and play really well against these upperclassmen,” he said.

Playing tennis during the fall season in the past, Mitchell will now put more focus on his baseball career. However, he will still make time to play one final varsity basketball season alongside his brother this winter.

Then, it will be time to take the diamond once again at Western next spring. With his freshman season canceled, Mitchell hasn’t had much time on the field for the Panthers, but he dazzled time and again while out there last season, especially when he took the mound.

“It was hard to hear the news of not having a freshman year of baseball,” the 6-foot-7 lefty said. “But I came back and had a great year on the mound. I think I went 6-0 which was awesome.”

After a fourth-place conference finish and a sectional-semifinal loss, Mitchell and his Panther teammates are set to go further next spring. While bright futures await both he and Parker, their last time playing together will also be something that the brothers cherish next year.

“I definitely want to be a leader,” Mitchell said. “We want to just turn things around, be a better ball club, be better teammates, push everyone to be better and just go far in the tournament. This coming year will be my last time playing with my brother and I just have to cherish these moments because they’re going to be gone quick; I can’t take anything for granted.”