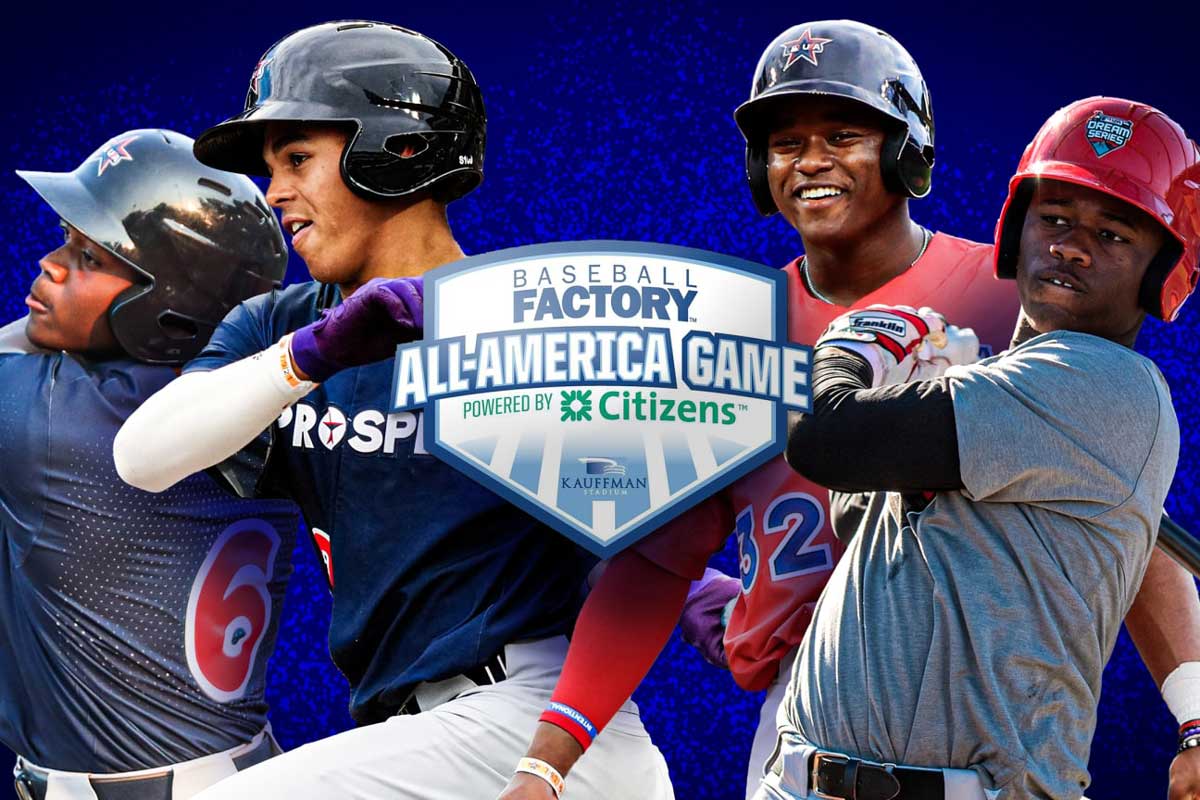 The annual Baseball Factory All-America Game may have a new venue in 2021, but the quality of talent hasn’t changed.

One of the major all-star games on the showcase circuit, the Baseball Factory event will be held Saturday at 1 p.m. CT at Kauffman Stadium in Kansas City, Mo., and feature 42 of the top high school prospects in the nation. The game will stream live at baseballfactory.com. The contest was held at Wrigley Field in Chicago for 12 consecutive years before shifting to Dr Pepper Ballpark in Frisco, Texas (home of the Double-A Frisco RoughRiders) last October.

Vanderbilt right-handers Jack Leiter (No. 2, Rangers) and Kumar Rocker (No. 10, Mets) also went in the first round this year after pitching in the All-American Game before their high school senior seasons. In 13 years, the event has produced 125 first-rounders.

More alumni are headed to the Majors, as several appear on MLB Pipeline’s Top 100 list, including seven of the best 15 prospects in baseball. Royals shortstop Bobby Witt Jr. was the MVP of the 2018 game, in which both he and Tigers outfielder Riley Greene homered and Padres shortstop C.J. Abrams, Leiter and Yankees shortstop Anthony Volpe also participated. Mayer and Lawlar join them in the top 15 after playing in last year’s contest.