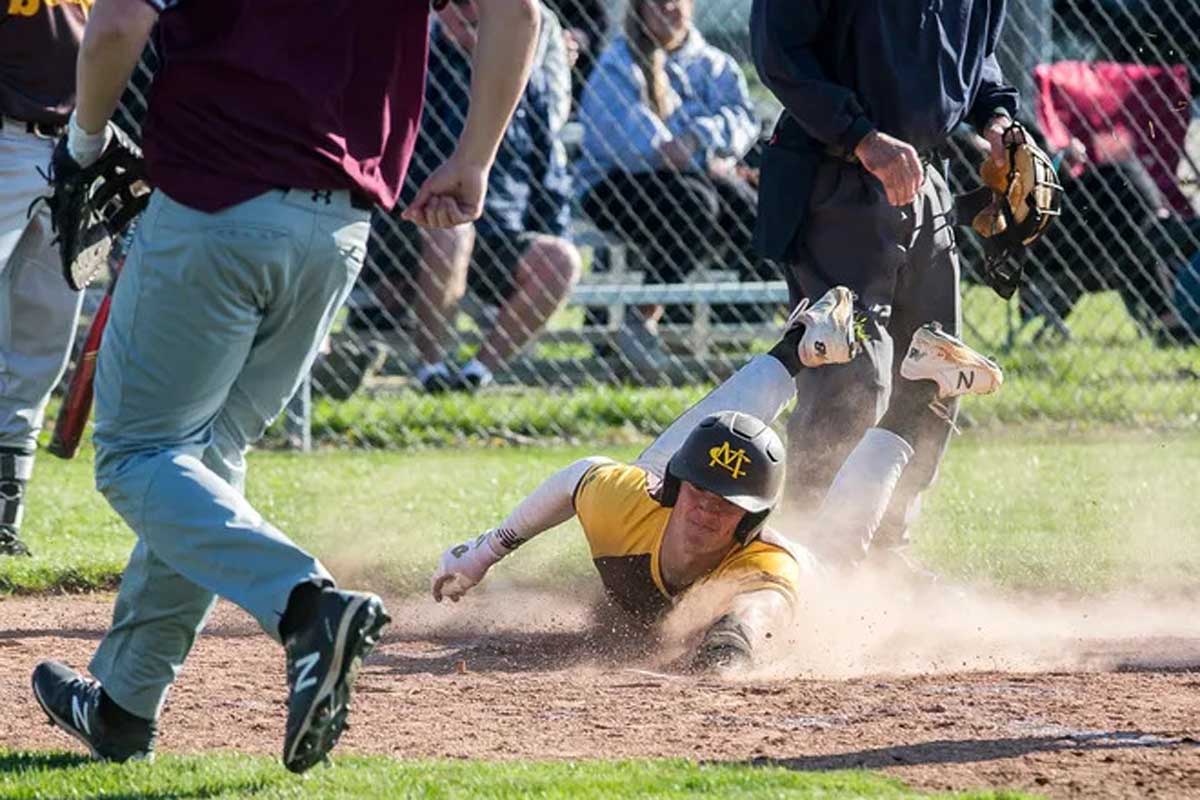 PARKER CITY, Ind. — When Aidyn Coffey visited Coastal Carolina University, located in Conway, South Carolina, he knew that’s where he wanted to be.

A few weeks later, Coffey made it official. The talented two-way Monroe Central senior committed to Coastal Carolina to further his academic and athletic career earlier this month.

“It obviously checked a lot of boxes on my list,” Coffey said. “I just thought, I went there, I took a visit on the campus and I just kind of fell in love with it.”

In Coffey, Coastal Carolina snagged one of the best players in East Central Indiana and one of the highest rated Indiana baseball players in the Class of 2022, according to Prep Baseball Report Indiana. This past season, Coffey earned All-Randolph County and All-Mid-Eastern Conference honors and was an IHSBCA Class 2A All-State Team honorable mention.

Coffey’s tools on the field are evident. He has speed throwing the ball across the diamond or from the mound, is quick on the bases and has fast exit velocity at the plate.

Monroe Central head coach Matt Deckman, who’s been around Coffey since his freshman year, wasn’t necessarily surprised when Coffey got the opportunity to play at the next level. Over the past few seasons, Deckman said he’s seen Coffey grow on and off the field.

“It just shows where he’s at in his game, his commitment to the game and his commitment to the weight room,” Deckman said. “As a coach, (you) couldn’t ask for anything more than for your players to work like he does. … He has earned it. As a coach, you love to see that. You love to see your guys not only get to play at the next level but to go to a type of caliber program like they are and continue there.

Next year, Coffey joins a Chanticleers team that has had success in recent years. Coastal Carolina won the NCAA baseball National Championship in 2016, the school’s first national title in any sport.

“A big key for me is getting a good shot to start my freshman year,” Coffey said. “Obviously, nothing is guaranteed and I’ll have no problem with earning my spot and working for it. … Just finding a way I could help this team out (is my goal).”

It’s funny, growing up in a basketball-crazed state like Indiana, Coffey loved basketball from an early age. But he had always played baseball, too. As a 3-year-old, Coffey started playing T-ball.

Growing up, Coffey started seeing the results on the diamond. He saw himself improve and, by the time when he was 13, Coffey said he started getting “really serious” about baseball.

Over the years, Coffey has dedicated himself to the weight room and earned a starting varsity spot right away at Monroe Central. The Golden Bears were one of the best teams in Class 2A last season and came close to winning sectional titles in 2019 and 2021 (the 2020 season was canceled due to COVID-19). This past year, the Golden Bears fell to Wapahani, which won on a walk-off home run, in the sectional championship game.

Next year, the Golden Bears, despite graduating some starters from last year’s team, returns plenty of talent, including Coffey. Coffey said that the goal is to play at Victory Field in June, which would start with winning the program’s first sectional title since 2014.

“Obviously we want to win a state championship,” Coffey said. “That’s really big on our goals and I feel like we’re close. I feel like sectionals it just happens, it’s baseball. I would say we have a good shot. We have a good team. We lost a couple people, key people this year going off to college, but I still think we have a very good chance.”

With his commitment, Coffey will be able to focus all of his energy on that goal. Of course, he’s excited to play in a state where it’s warm all year long, but his time to play Division I baseball will come soon enough.

“I think his baseball is in front of him,” Deckman said. “He continues to grow and he continues to get stronger. … If he continues to work hard like he does, the sky’s the limit for him. He’s the best third baseman not only in our area, but he might be in the state.”