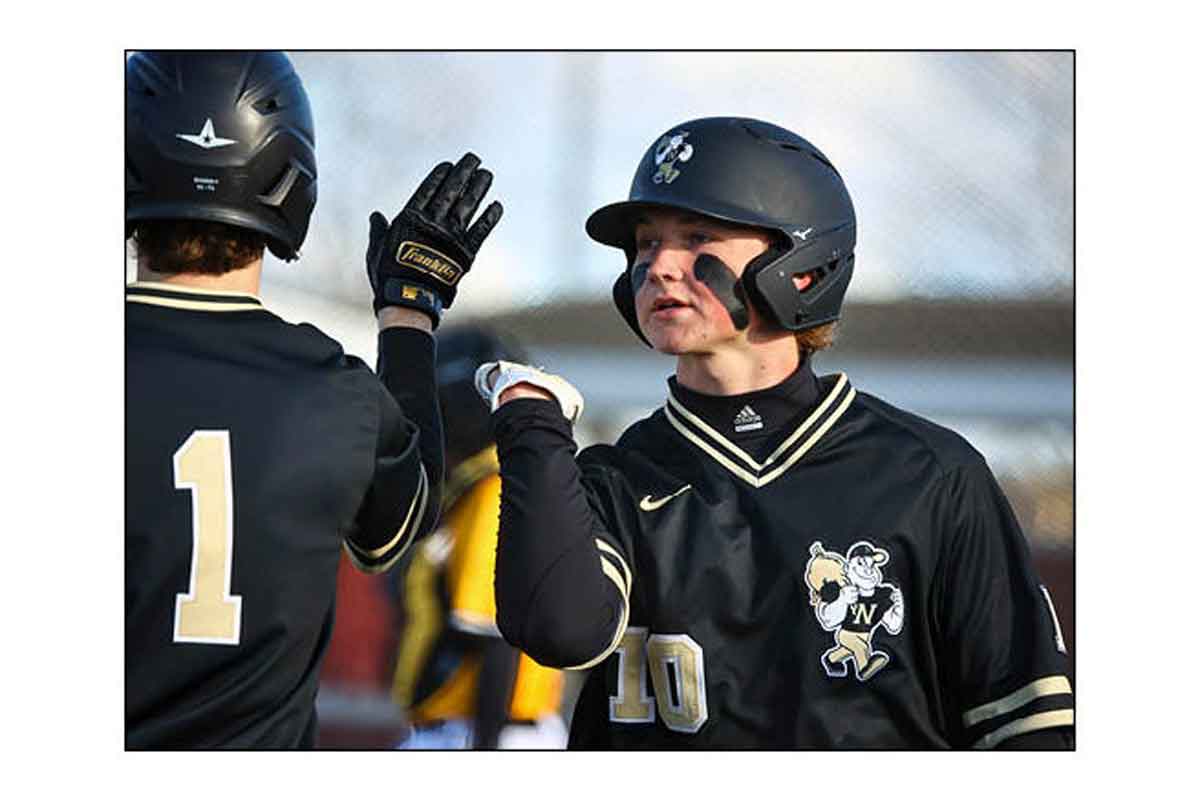 It’s not every season that players come in at the varsity level as a freshman and flip a switch and are able to make an immediate impact like they’ve been doing it for more than just six games.

That is the case with Noblesville baseball freshman Trevor Corbett and what he’s been able to do so far with his contributions for the Millers.

“He’s just a ball player. He loves ball and he has a lot of moxie, has a lot of feel” said Noblesville head coach Justin Keever on Corbett.

Starting out your high school career playing against some of the best competition in the Midwest could pose as intimidating to most kids, but it seems that Corbett has embraced pressure like that and is off and running.

“Honestly, he has a lot that you can coach. He’s picking up things quickly, is not intimidated, just playing to win and is fitting right in with the guys,” continued Keever on Corbett.

The Millers have a great mix of upperclassmen, along with a half dozen sophomores and a few freshmen that with 12 returning lettermen from 2021, it makes it easier for the younger players on the team to get comfortable and fit in.

“What’s great about older players is that game respects game. They see he can play and he’s very coachable and he’s doing a good job for us,” stated Keever on how Corbett is quickly fitting the mold for the Millers.

Already through six games, he’s been able to play the left side of the field, finding time at third and left field and is also listed on the roster as a pitcher.

“He’s been playing some left, some third, real versatile for us,” said Keever on his utility freshman,

Normally, freshmen have to wait their turn to get playing time and start out on the freshman or junior varsity squad, but that won’t be the case with Corbett.

“He works hard, gets his confidence from his preparation and he knows he can play. He’s a good sized kid for his age, too, so that helps,” Keever continued on how Corbett has become an immediate starter for the Millers.

During the Millers’ four-game spring break trip to Tennessee to begin the 2022 campaign, Trevor Corbett showed no nervousness. At the plate, he went 7-for-13, driving in three runs and scoring twice.

His steady clip at the plate continued in Noblesville’s HCC opener on April 6 at Grand Park in Westfield against Avon. The frosh was 3-of-3 with three singles, one which was a bunt single. He drove in four runs and scored another two.

“It helps because he fits what we need. I think why he’s successful at the plate isn’t so much the results of the hits, but it’s the competitive at-bats he’s putting together. Some of them are miss hits and they’re finding holes,” said Keever on Corbett’s successful hitting so far.

Through six games, Corbett is 10-for-18 with eight RBI’s, four runs scored and a pair of walks to help lead Noblesville’s hitting attack.

“I think what’s interesting about baseball is that it’s not hand-to-hand combat. It’s whoever can play the ball the best. They’re just ball players and they’re wise beyond their years in terms of understanding the game,”

The way that Corbett has made a smooth transition playing varsity as a freshman, he should prove to be a key contributor and factor all season long.

The Millers were scheduled to play three games in the Kokomo Invitational against West Vigo, Lafayette Central Catholic and South Bend Saint Joseph’s, but with inclement weather forecasted for both Friday and Saturday, the invitational was canceled.

Noblesville picked up a game on Monday at Rossville before continuing the week on Thursday for the home opener against the top-ranked Fishers. They’ll face Fishers on the road Friday night before hosting eighth-ranked Carmel in the “Battle for the Oar” on Saturday, April 16.