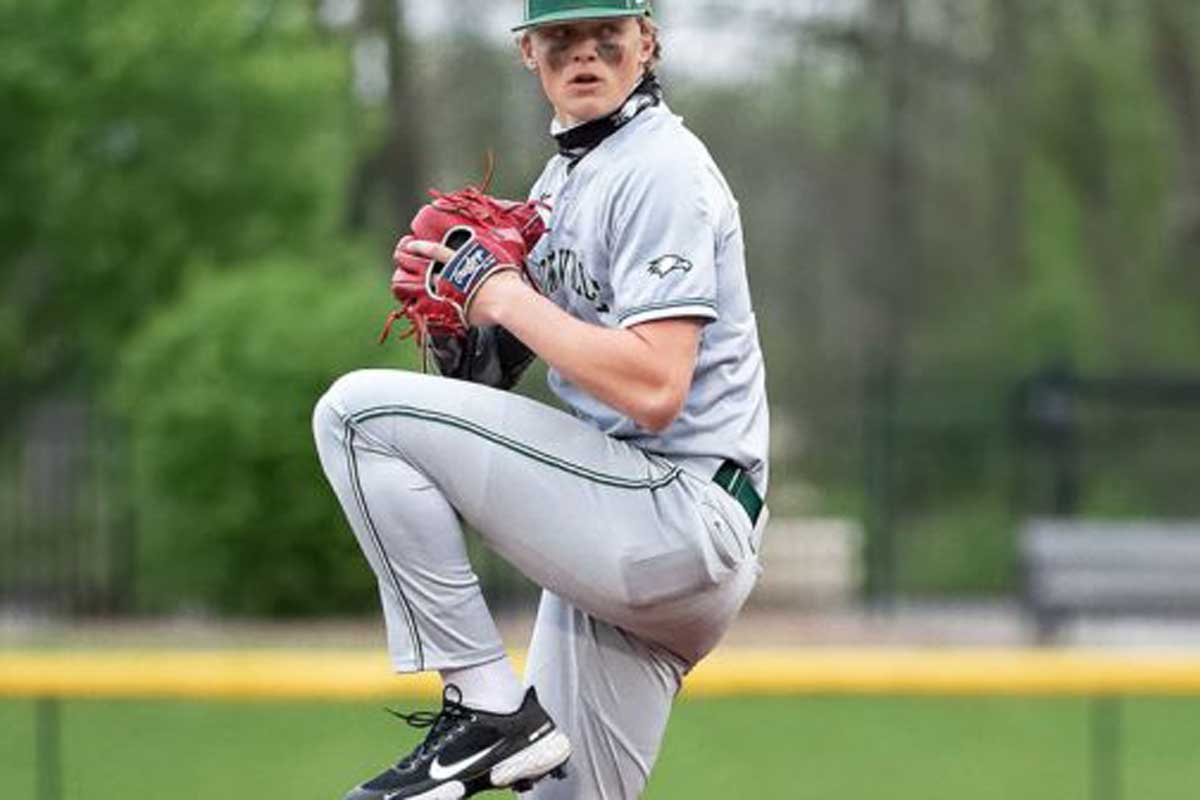 Zionsville Community High School sophomore Nash Wagner didn’t pitch a lot of innings for the Eagles as a freshman, but the 6-foot-5 right-hander certainly caught the eye of college scouts.

Wagner, ranked as Indiana’s top pitching prospect in the Class of 2024 by Indiana Prep Baseball Report, made a verbal commitment to the University of Alabama in August.

“Committing early takes a lot of pressure off my shoulders,” Wagner said. “I feel I can be a kid a little more now and live my life. I was up to six calls a day with the colleges. When you commit, it cuts it down. I don’t have to call three schools every day. I check with my coaches once a week at Alabama. They’re awesome people, and that made the decision easy.”

Wagner chose Alabama over Clemson and Vanderbilt after he narrowed his choices to three. He will be eligible for the Major League Baseball Draft at the end of his senior season.

“The only thing that would change my mind about going to college would be being drafted in the first round,” Wagner said. “Other than that, I would go to college because Alabama does a great job developing pitchers and getting them ready for the next level.”

Wagner, who turns 16 in October, said he hopes he grows another inch or two. His fastball reached 91 mph this summer, but mostly was in the 87-88 mph range.

“The biggest thing for me is getting off-speed pitches to go along with it,” said Wagner, who plays for the Indiana Bulls baseball team in the summer and fall. “Once I get off-speed command that I can throw for a strike every time, then I’ll be dangerous on the mound.”

Since he has already committed, Wagner said doesn’t have to take part in any showcase where he might throw more than needed.

Wagner began pitching on the junior varsity team as a freshman but was moved up to varsity after a few games.

“We had two really good pitchers, so I didn’t pitch a lot,” said Wagner, who had a 3-0 record in five varsity games. “I did play some first base, too. Hopefully, I’ll be No. 2 or 3 in the varsity rotation at pitcher this season.”

Wagner said he likely will play some outfield when he is not pitching.

“I love being on the mound in baseball. There is something different about it,” Wagner said. “I love hitting and fielding, and that’s the biggest reason I don’t want to become a pitcher only.”

Zionsville baseball coach Jered Moore said Wagner definitely has the body of a Division I pitcher.

“As a freshman, there was no need to throw him into the fire,” Moore said. “The few times he did pitch, he did very well. As long as he stays healthy and takes care of his arm, he is going to be a fun one to watch over the course of the next three years. As a hitter, he has quite a bit of strength and pop when he gets a fastball. Like many high school hitters, especially freshmen, he has trouble with off-speed pitches. When he hits it, it comes off his bat really well.”

Wagner played on the junior varsity basketball team as a freshman.

“I played baseball and basketball from a young age,” Wagner said. “I was just a lot better in baseball than basketball. It came naturally to me.”