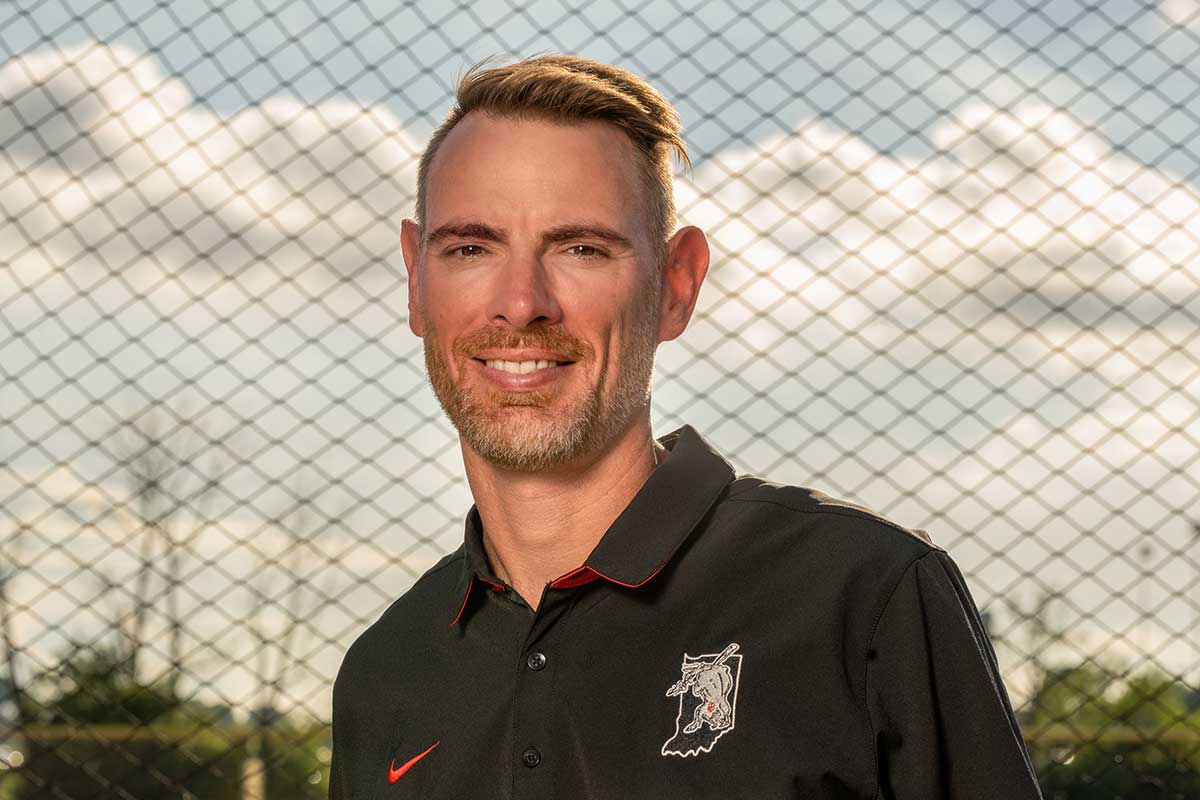 This month, Zionsville Monthly is proud to feature Zionsville resident Quinn Moore on our cover. For our fellow baseball fanatics, Moore is the president of the Indiana Bulls Board of Directors as well as one of the organization’s remarkable coaches. Moore’s brother, Jered Moore, is the head baseball coach at Zionsville Community High School and is also a coach with the Indiana Bulls. Moore resides in Zionsville with his wife, Lisa, and their three children, Easton, Camden and Dawson.

Building Some of Indiana’s Best Baseball Players Since 1992

Founded in 1991 with play beginning in 1992, Indiana Bulls baseball was organized by a dedicated group of baseball enthusiasts who believed Indiana players were being overlooked for collegiate and professional playing opportunities.

Currently, the Bulls provide the state’s very best 8U through 17U players with intensive skill development and high-level coaching as well as opportunities to compete with top competitors via regional and national tournaments. Bulls players are also afforded broad exposure to college coaches and professional scouts. The Bulls’ long and impressive tradition of alumni going on to having successful collegiate and professional careers include several talented players from all over Indiana, including the Carmel and Zionsville communities. More than 170 Indiana Bulls players have been selected in the MLB draft. And on 12 occasions, former Bulls have been first-round MLB Draft picks, including every year from 2007 to 2011. 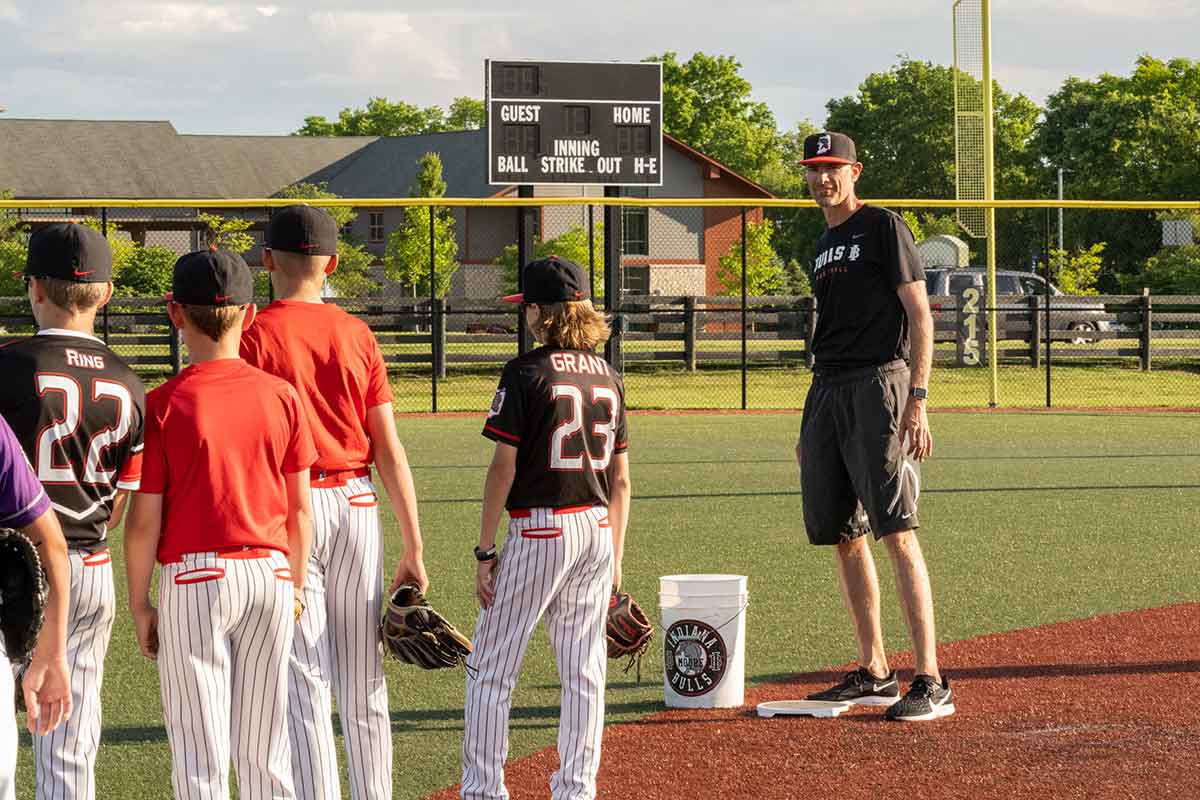 Moore graduated from Brownsburg High School in 1996 and played at both the University of South Alabama and Indiana University. A Bulls alum himself, Quinn Moore has been coaching for 19 years. He was a pitching coach at Zionsville Community High School from 2009 to 2015. He currently coaches the Bull’s 12U Black team. He’s been a board member since 2005 and is the board president.

The legacy of the late Craig Moore (Quinn’s father) and the late Lance Moore (Quinn’s brother) live on through scholarships established in their memory by the Indiana Bulls, and the Moore family selects the recipient each year.

Both Craig and Lance loved the Bulls family and were highly respected and beloved coaches with the Indiana Bulls. Craig Moore passed away in 2004, and his son Lance passed only a year prior in 2003.

Playing Through the Pandemic

While most seasons were canceled as a result of the pandemic, the Indiana Bulls were fortunate to be able to not only play through their entire season, but they also played the GEICO Baseball City Series last August and competed against a trio of the best prep baseball programs from across the Midwest.

The Bulls bounced back from a hiccup against the Cangelosi ([Chicago) Sparks in their opening game Thursday, Aug. 13, with three wins in a row. Back-to-back victories against the Wisconsin Hitters and St. Louis Gamers Friday, Aug. 14, set up a championship game rematch with the Sparks—with the game nationally televised on ESPNU. The Indiana Bulls clenched a championship victory, 6-3, in a rematch against the Sparks.

Moore shared with us that the Indiana Bulls will be playing in the series again this coming August up in Milwaukee, Wisconsin.

“We’re very fortunate to be partners with Grand Park because we were able to get a full season in,” Moore stated. “It’s been great for the kids to be able to do the things that they love, which is to be outside and play baseball.”

The Benefits of Playing With the Indiana Bulls

We spoke with Moore about the extraordinary success that the league has seen with numerous players going on to have stellar collegiate and MLB careers. There is also a high percentage of the league’s coaches who are not only Bulls alumni but have played professional baseball as well. The diversity of high-level coaching skills is one of the things that differentiates the league from others in the region, and throughout the nation for that matter. Another differentiator is the quality of the venue itself. Grand Park is known to many traveling teams as the “Disney World” of baseball venues.

“The Bulls have been fortunate,” Moore said. “From the class that just graduated [from the Bulls], we have three Vanderbilt [University] commits: JD Rogers [Carmel], Andrew Dutkanych [Brebeuf] and Max Clark [Franklin]. Both JD [Rodgers] and Nate Dohm [Zionsville] are [likely] Mr. Baseball candidates and have grown up playing baseball here, which is pretty awesome.”

When asked what some of the core benefits of playing with the Indiana Bulls are, Moore replied, “I think the whole travel baseball experience is one. They’re meeting new friends and kids from all over. We have a lot of kids from Carmel, Zionsville and Westfield, but we have kids from all over Indiana with different backgrounds. We also structure our program like it’s a college program, which better prepares them for when they go off to college.”

The caliber of the Indiana Bulls coaching staff is also pertinent to the success of its players and league as a whole. The Indiana Bulls head coaches roster includes guys who played at high levels in high school, college and even in the MLB, like Scott Rolen.

“To me, the whole experience that these kids have really depends on the coaches,” Moore expressed. “I believe our biggest strength is our coaches. If you look at the resumes of all our coaches, we’ve got tons of guys with professional and collegiate experiences. And a lot of them played in the [Bulls] organization. The Bulls provide a platform for the families and players, and the coaches are the ones that are the difference makers. They set the tone for what kind of summer and experience the kids are going to have.”

Being afforded the opportunity to play at a high level of competition is also an important part of the Indiana Bulls player experience.

“The Bulls go out and play against tough competition,” Moore agreed. “One of the great things about Grand Park is that the top competition comes here, so every weekend, we’re facing kids that are also going on to play collegiate or professional sports, and we’re seeing that high level of competition day in and day out.”

Earlier this month, the college scouts were out at Grand Park for “Scout Day.” This was the first time since before the pandemic began that the scouts have been able to go out and look at possible recruits.

“There were a lot of colleges and recruiters out at our Scout Day, watching,” Moore shared. “They’re scrambling right now because it’s a free transfer year for colleges, and they’re not only having to recruit high school kids that they haven’t seen in a year and a half to two years, but they’re having to recruit college kids as well.”

For Moore, it isn’t about winning games so much as it’s about playing a timeless, 150-plus-year-old sport—baseball.

“For me, the Bulls are a big baseball family,” Moore emphasized. “The Bulls are going to continue to grow the game. Some of my best memories are as a coach and having my own kids travel with me, learning the game through those experiences and watching the older kids. Baseball is a great sport and a great learning experience about life. It teaches life lessons like perseverance, how to accept challenges and grow from those challenges. And how to play as a team.” 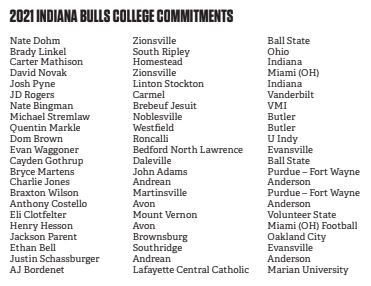